The Process of Making Cuckoo Clocks 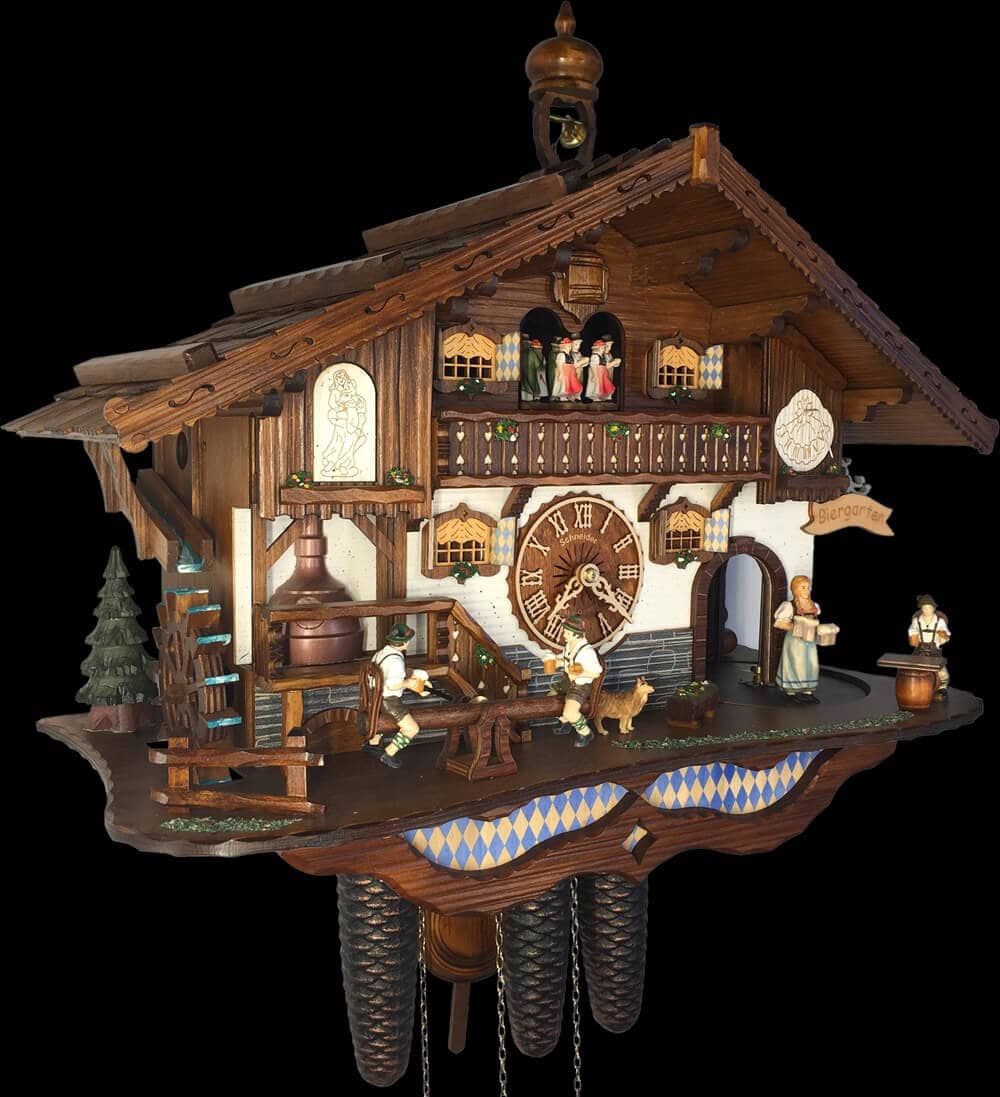 Prime wood is the critical material in crafting these clocks. Cuckoo clock bases can be made with walnut or pine, but the clocks overall are primarily made from linden wood, a soft wood that is easy to carve and grows in Europe. Usually, the wood is purchased in advance and aged two years before artisans begin work on it. The wood for the outer casing is then cut into various shapes and sizes using a selection of hand and power tools. Once it’s dried and set, the artisan prepares for the clock’s design.

German artisans outline a shape on paper before sketching it into the wood and cutting it out. An artisan might then carve the design with up to 50 different knives for fine detail. When building a cuckoo clock, the design is almost as important as its function. Owners want that traditional, but almost nostalgic feel when they hang up their clocks.

The clockspring, or movement, is built into the clock and consists of a system of brass and steel gears. This is what keeps time and triggers the cuckoo function. Artisans may choose a one-day or eight-day movement. In the past, an artisan might have made his or her own movement, but nowadays, they can be bought ready-made for convenience. 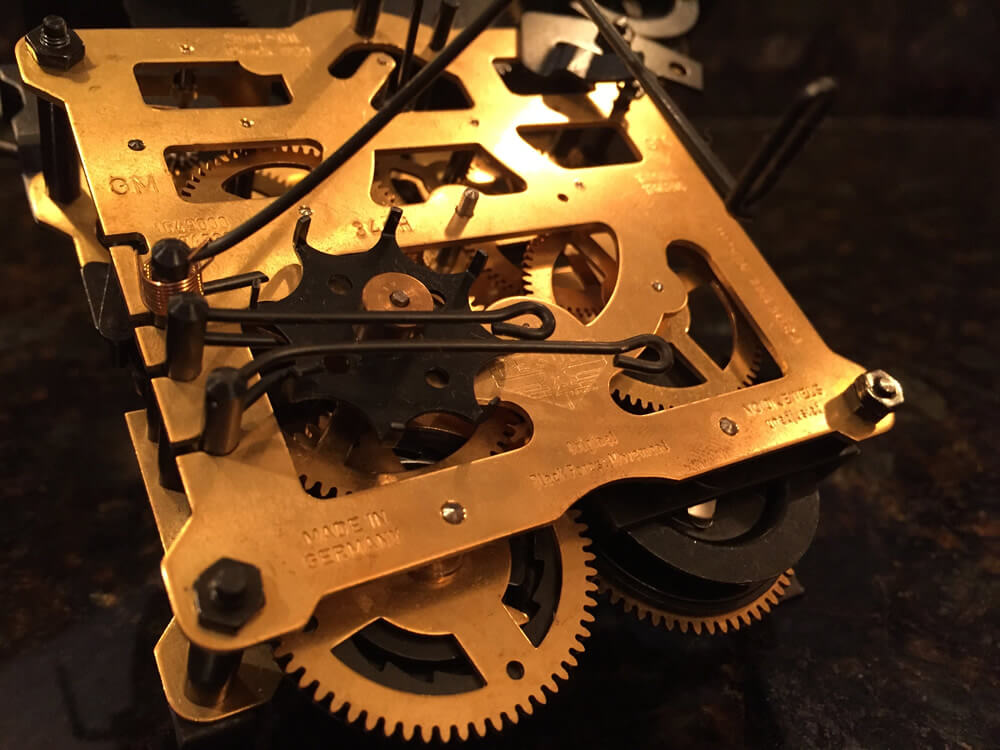 A small, decorative bird is screwed into the movement once it’s been set and attached to metal wires that control its ticking. These are held down by weighted lead, usually in the shape of pine cones or leaves, as homage to the area where the clocks come from. But contrary to popular belief, this mechanism isn’t how a cuckoo clock makes sound. The bird may pop out every hour on the hour to greet you, but the cuckoo sound is actually made by air pumping out of two miniature bellows, also made of wood, located at the top of the clock. Think of a bagpipe and how sound is made there. The “cuckoo” is no different with air being pushed out of slotted whistles one at a time, making the “coo” and “koo” sounds we’ve all come to know and love. A music box, often attached to the top of the clock, is optional.


Quality is key when building an authentic cuckoo clock, which is why each clock is tested for two days before they’re ready to be used or sold. The clocks run as they normally would, with each hour or half hour being signalled by the bird, and only after they’ve achieved satisfactory results does the artisan give it a stamp of approval. The cuckoo clock, prized for its many features and beautiful, intricate designs, continues to be a perfect gift with timeless charm.