There are a lot of decisions to make before  buying a Black Forest cuckoo clock. But once someone has finally chosen a cuckoo clock style, movement, music and animation, the excitement really begins. A new cuckoo clock owner never forgets the first time they hear the cuckoo call and see a lover’s kiss as dancers take the stage.

So what happens after unpacking and  hanging your new German cuckoo clock? In most cases you can expect it to operate perfectly for years, but how do you figure out what to do if your cuckoo clock stops working. It's time to start consider a few cuckoo clock repair tips.

How to Fix a Cuckoo Clock - Common Timing Issues

One of the best parts of a Black Forest cuckoo clock is the sound of the cuckoo. If the cuckoo bird is quiet, there are a few cuckoo clock troubleshooting steps you can take. 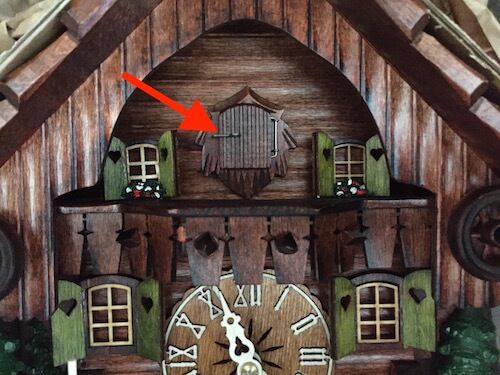 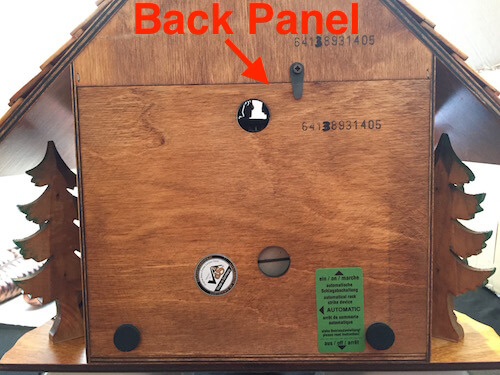 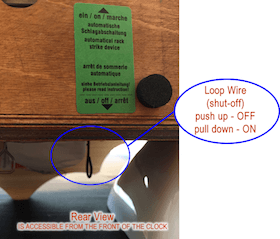 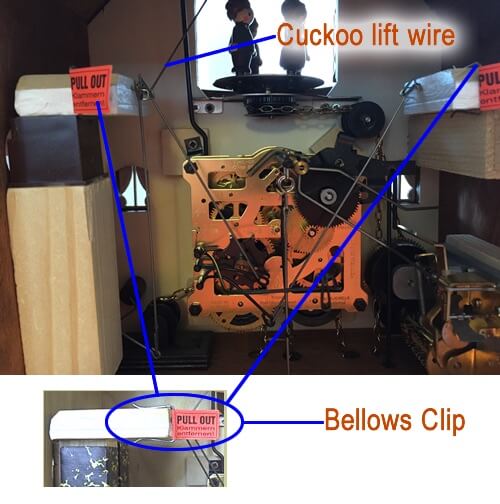 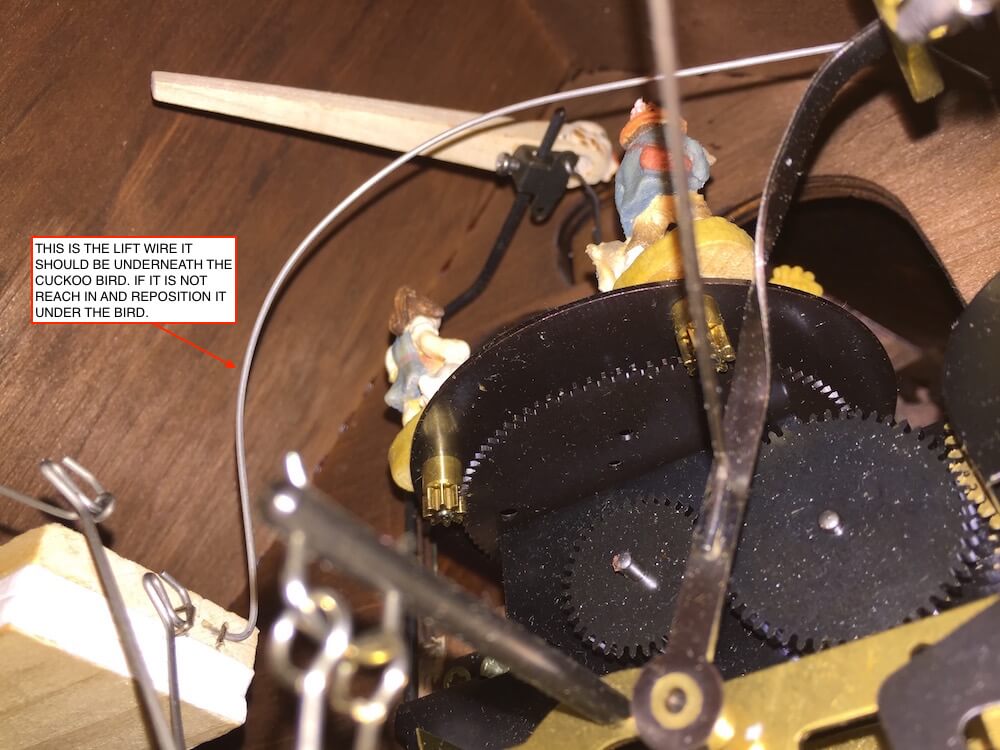 If your cuckoo clock is musical but not playing the music properly, there are simple cuckoo clock repairs to address this. First, you'll need to remove the back of the clock’s case.

If the shut-off switch is in in the off position and the music box will not play remove the back of the clock’s case.

One common cuckoo clock problem is when the music does not stop playing after the cuckoo call, which means there is a problem with Swiss-made music box (the Swiss music box is the only component among all the German cuckoo clock parts made outside of the Black Forest). In many cases, the brass lever that grips each hole on the side walls of the music box causing the music to stop is bent. Use a pair of needle-nosed pliers to slightly bend the brass lever so that it sets down in the hole and stops the music after the cuckoo call and cycle. This will allow the music to start properly the next time too.

Another common cuckoo clock problem is that the release on the brass lever is too large, which means the cuckoo clock cannot start the music box . Look for a small white rubber stopper on the lever, and push it a fraction (1/30th) of an inch down, which should solve the problem.

A cuckoo clock part that can create problems for the music function is a bent wire that obstructs the fan fly. This bent wire can cause the music box not be activated, and can create a chattering sound instead of a musical song or may allow the cuckoo bird to call at the same time that the music plays . You can try to resolve this issue by slightly bending the wire into a position so that it doesn’t touch the fan fly while active but also prevents the music box from turning on before and while the cuckoo bird is calling.

If the music still doesn’t play after the cuckoo bird’s call, check to see if the double wire is correctly attached to the cuckoo clock part referred to as the arbor work. If necessary, tighten the attachment screw on the arbor work. If this cuckoo clock repair fails to solve the problem, the release wire above the music wire may be bent. Try bending the releasing wire until it is over the inactive brass wire.

At this point, you may need to seek out a qualified  cuckoo clock service location to diagnose and fix the problem. 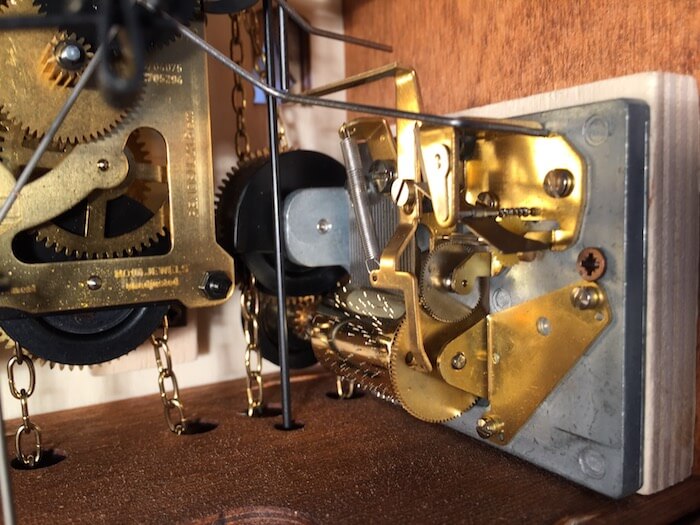 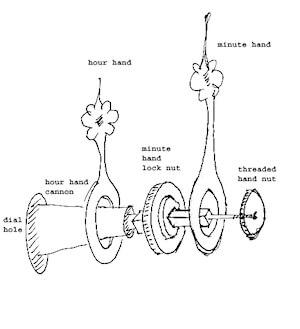 If the hands on the cuckoo clock are dangling, then they certainly need adjusting. Luckily, when it comes to troubleshooting cuckoo clock parts, changing or reparing the hands is a fairly simple task.

If the hour hand is does not match or is out of sync with the number of cuckoos on the hour, loosen the hand nut attachment point, reposition the hour hand to the proper hour and push the hand toward the dial until it is tight again. Then re-tighten the minute hand nut and test to see ensure that it is striking on the correct hour. 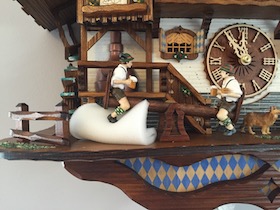 An  authentic Black Forest German cuckoo clock is much more than a novelty. Each is its own individual work of art. Be sure to practice proper cuckoo clock maintenance, and follow these cuckoo clock repair tips if your clock is not working properly, if the cuckoo is not calling, if the music is not working, or if the clock hands need adjusting. If you prefer to be hands off or leave it to the professionals, contact a cuckoo clock expert at Bavarian Clockworks to get your cuckoo clock ticking, music playing, and cuckoo calling like new again!