Where is the Black Forest?

Located in a large mountain range in Southwest Germany, Black Forest or  Schwarzwald in German, is home to the cuckoo clock, the Grimm Brothers’ fairy tales and world-renowned thermal spas. Black Forest Germany is a popular vacation spot for locals and tourists alike. With the Rhine valley to the west and south, the Black Forest of Germany is known for its hills, valleys, rivers and forests. If you’re planning a trip to Germany, you’ll want to spend at least a couple of days in the Black Forest, the most beautiful region in the country. 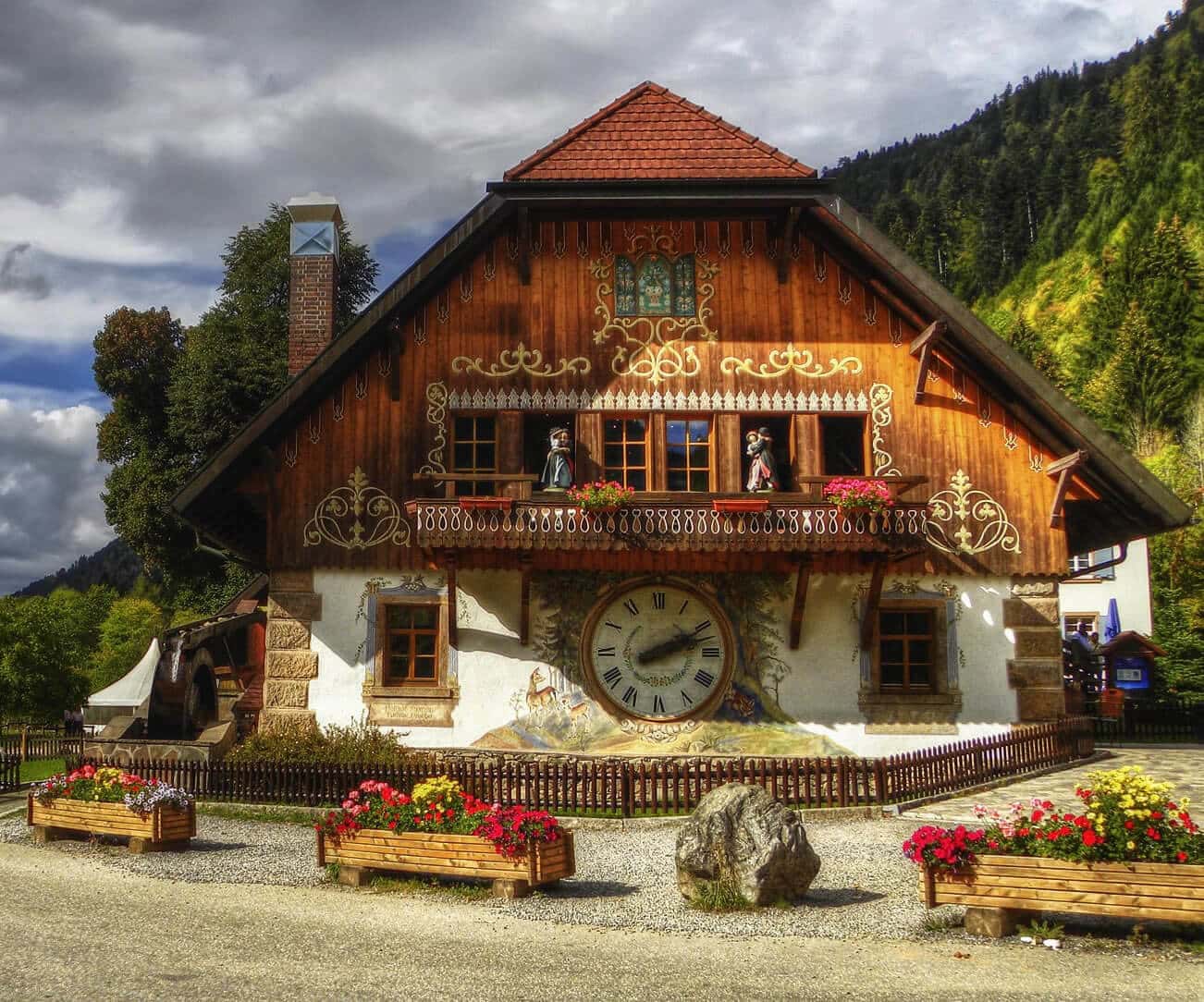 The Black Forest gets its name from the 100-mile stretch of pine trees so dense the sun struggles to reach the forest floor. When the Romans arrived in the region nearly 2,000 years ago, they brought with them communal bathing, which played an important role in ancient Roman culture and society. The natural hot springs in the northwestern border of the Black Forest of Germany were the perfect spot to rest after battles.

When Europeans discovered the healing springs at the beginning of the 19th century, Germany’s Black Forest became a popular destination for kings and queens, emperors and celebrities. Mark Twain alerted Americans to the Black Forest region when he wrote of the spas, “Here ... you lose track of time in ten minutes and the world in twenty,” in his 1880 book A Tramp Abroad.

It should be unsurprising that forestry is one of the biggest industries in the region. Logs cut from Germany’s Black Forest have built ships in the Netherlands and buildings in Japan. Before industrialization, many farmers used the wood to build cuckoo clocks to supplement their income during the winter months. To this day,  Black Forest cuckoo clockmakers preserve the rich history of the region, using the same means as their forbearers to produce hand carved cuckoo clocks famous for their quality and craftsmanship.

Today, the spa town of Baden-Baden, the national park surrounding the 12 thermal springs, and the small towns that dot the landscape attract visitors from all over the world to Germany's lush Black Forest.

You could spend a week in Black Forest Germany and still not hit all of the hot spots. Whether you’re looking for a romantic weekend getaway, a heart-pumping hike or a relaxing soak, there are many things to do in the Black Forest region . 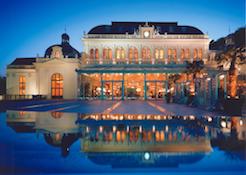 The elegant town of Baden-Baden has more than 30 spas, but the  Friedrichsbad Roman-Irish Bath is the most traditional in the Black Forest Germany region. The historic bathing temple offers 17 stages so visitors fully experience the healing properties of the mineral water. After a relaxing soak, stop by the Casino Baden-Baden. Built in the 1850s and inspired by the Palace of Versailles, the casino, in addition to classical gaming and slot machines, offers guided tours of the palace’s Austrian salon, winter garden and Florentine hall.

For views of the quintessential Black Forest Germany landscape, take a drive down the scenic Schwarzwaldhochstrasse, or Black Forest Highway or B500, which travels 60 kilometers from Baden-Baden through the heart of Germany’s Black Forest into the Kinzig Valley. Stop for a short hike from the Allerheiligen monastery (look for a sign posted off the B500 6 kilometers to the south) that will take you on a 20-minute walk to a waterfall.

Located in Gutach, the Black Forest Open-Air Museum, or Schwarzwälder Freilichtmuseum, gives visitors a look into the history and cultural heritage of the region. Visitors walk through six Black Forest farmhouses built between the 16th and 19th centuries. Each house features an exhibition on a cultural tradition unique to Black Forest Germany, such as straw painting and woodworking. Built in 1599, the Hippenseppenhof is the oldest farm in the museum and features an exhibition of cuckoo clocks and wickerwork. The museum offers free guided tours for the public in German and in English.

For those who are cuckoo for cuckoo clocks, a trip to the  German Clock Museum in Furtwangen is a must. The 160-year-old collection features more than 8,000 clocks and watches from around the world. Visitors learn about how scientists used clocks to conduct experiments in The Pendulum: Swinging into a New Era exhibition and how Black Forest Germany became the cuckoo clock capital of the world in the Black Forest Clock Factories exhibition. One of the most beloved pieces in the collection is a circa 1850s wall clock in the shape of an alpine hut, which helped launch the success of the German Black Forest cuckoo clock. The museum is open 365 days a year and offers guided tours daily.

How to Get There

The closest international airport is in Frankfurt, Germany. German Railways operates out of the region, so nearly every spot in the Black Forest can be reached by bus and train. Renting a car is always an option too. Two-lane highways cross the regions, but the side roads are definitely the best way to take in the scenery.

Where to Stay in the Black Forest Region

In Black Forest Germany, you can stay in a farmhouse or a five-star hotel. If you came for the hot springs, stay in the spa resort of Baden-Baden. Freudenstadt is a good home base for when you want to explore the northern region of Germany’s Black Forest. Freiburg, considered by some one of the most beautiful cities in southern Germany, is located 15 kilometers east of the Rhine in the southwest. Triberg, one of the more touristy towns in Germany’s Black Forest, this is the place where you’ll find streets lined with shops selling  authentic Black Forest cuckoo clocks.

If you’re interested in visiting Black Forest Germany during the summer, make reservations well in advance for spas and hotels. The area is particularly crowded from June to August. Early spring and late autumn, when the Black Forest is less crowded and the temperature is more moderate, is another great time to visit. But no matter when you plan your trip, there is always something interesting to do or see, from skiing in down Feldberg in January to windsurfing on Lake Titisee in July.

Five Things You May Not Know About Black Forest Germany

Educate your friends and family with these five fun facts about Germany’s Black Forest.

1.  The world’s largest cuckoo clock — the size of a house—is in Eble Uhren-Park in Triberg. (See photo below)

3. Freiburg’s most famous landmark, the Münster Unserer Lieben Frau, took three centuries to build, from around 1200 to 1515.

4. Freudenstadt's Protestant Stadtkirche , a Gothic-influenced Renaissance church built in 1608, features an L-shaped nave so male and female worshippers would be separated during services.