Cuckoo Clocks come in all shapes and sizes, from the more traditional styles which showcase the detailed German Craftsmanship, to the more colourful and minimalist styles that challenge the norms in terms of style, and the typical profile of cuckoo clock lovers.

The work that has been invested in these beautiful clocks is evident from the intricate details, whether that’s on the traditional wooden hand carved cuckoo clock, or the more colourful, modern take on these clocks. But either way, they are all bursting with symbols of their Black Forest origins.

We’ve been on a quest to find the best collection of the modern take on a Cuckoo Clock, and we’re pretty happy with the results. Nothing speaks sophisticated style quite like a cuckoo clock. And what better way to demonstrate style then incorporating a modern twist to these beautiful authentic clocks.

Craving the sophistication and style that a Cuckoo Clock provides, we have a collection that is adapted for the more modern decor lover. So our younger customers are covered with our new collection modern cuckoo clocks, which boast bright colours and more minimalistic designs compared to that of the traditional cuckoo clock.

So here is our curated list, and the final delightful collection of Modern Cuckoo Clocks for our Millennial shoppers. You would be hard-pressed to browse through these without visualizing at least one of them hanging from your living-room wall. 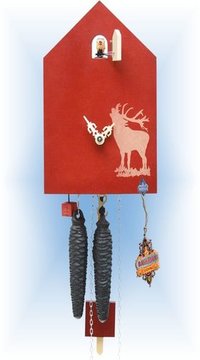 This little gem is an all-round winner if you appreciate the more minimalistic style. It comes in a range of more wintery colours with this red being the boldest. 8 inches long, excluding the weights and pendulum, it is a neat and subtle addition to your home. 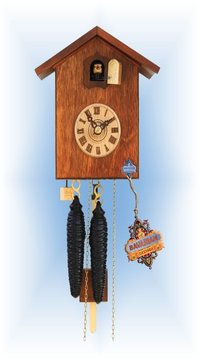 If you want a more modern version of the Cuckoo Clock but don’t want to venture too far from the traditional style, then this is your clock. Simplistic wooden design, also available in red, green and black. 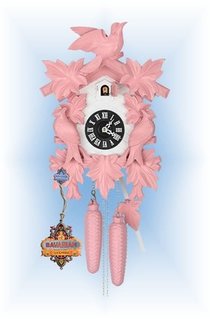 This pretty-in-pink Cuckoo Clock boosts all of the classic styles of a more traditional Cuckoo Clock, but with the burst of colour to appeal to the younger clock lover. Hand-carved and built by specialist skills men, this beautiful clock is 8 inches tall, excluding the weights and pendulum. This would make a perfect gift! 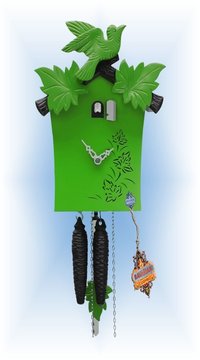 The modern influence on the traditional Cuckoo Clock is perfectly demonstrated here with the curved edges on this bright green Cuckoo Clock with a quirky design. It really doesn’t get much better than this! This beauty, comes in just about every bright colour you can think of and it’s 10 inch size will mean that it never go missed on your wall. A firm favorite of ours! 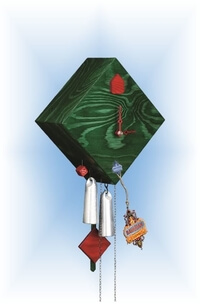 We know we shouldn’t have favorites, but we can’t help ourselves with this classy style. This was really built for the millennial shoppers, coming in various bold colours such as blue, pink, red, each with perfectly contrasting clock faces and weights. It’s 10 inches of pure delight for your wall. 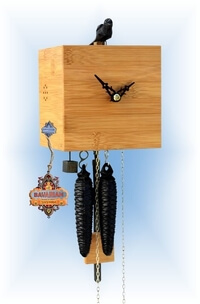 What’s not to like about this one? Minimal style, a perfect addition to any home with a more simple and modern style. This 7 inch clock comes in various shades on wooden stains, such as white and red. The Freebird is a head turner, it won’t go missed by visitors. 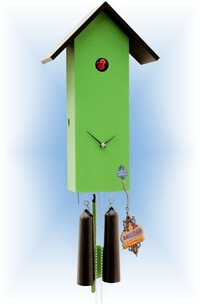 Bursting with character and style, this modern take on the Cuckoo Clock hits just about every requirement to ooze style and sophistication. It’s available in white, red, yellow and the beautiful green you can see here. 16 inches long, excluding the weights and pendulum, it will not be missed hanging on the wall of your home. 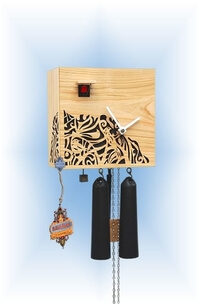 We couldn’t complete the list without at least one 8 day Cuckoo Clock. The style oozes sophistication. The intricate design on the wooden structure gives it a touch of class like none of the others, but the modern shape keeps it more minimalistic for our younger shoppers. This clock earns respect from all age groups.

So there you have it, our comprehensive list of modern cuckoo clocks. They are guaranteed to appeal on different levels whether; style, colour or design and we’ve included a few different price points so there is something for everyone.