You might be shopping for your first cuckoo clock, or maybe you just love all things German, but either way you might see some terms on our site that you've never seen before. Below we've put together some definitions for the most common terms in the cuckoo clock industry. 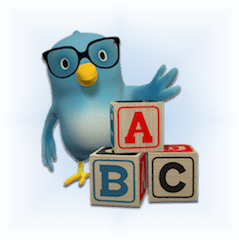 Cuckoo clock: a clock that has a toy bird inside of it that comes out and makes a sound like a cuckoo to tell what time it is

Cuckoo bird: a type of bird that has a call that sounds like its name. On a cuckoo clock, a tiny wooden cuckoo bird emerges from the clock every hour and makes a call. The cuckoo bird’s movement in and out of the door is powered by the clock’s gear mechanisms and pendulum swings. In quartz movement battery-powered clocks, the sound and cuckoo bird movement is produced electronically. The depth of the cuckoo calls varies depending on the size of the clock, bellows and pipes.

One-day: a cuckoo clock that requires winding about every 30 hours

Eight-day: a cuckoo clock that requires winding only once per week

Quartz: a cuckoo clock that is powered by a battery. A quartz cuckoo clock does not qualify for an official certificate from the Black Forest Clock Association.

Fulcrum: the support on which a lever moves when it is used to lift something

Weights: the weights on a chain that is wound around the cuckoo clock’s internal gears. When the weights at the bottom of the pendulum are pulled down by gravity, they turn the gears and regulate the movement of the cuckoo. On a cuckoo clock, the weights are often in the shape of pinecones. The weights in a mechanical movement cuckoo clock drop over either a one-day or an eight-day period.

Bellow: a device that produces a strong current of air when its sides are pressed together. On a cuckoo clock, two small wooden pipes are attached to two tiny wooden bellows on either side of the clock. Air fills the chambers, and the pendulum’s movement activates the bellows, squeezing the air out of the whistles. The first bellow makes the “cu” sound, and the second bellow creates the “ckoo” sound.

Black Forest: a forested mountain region in southwest Germany along the upper Rhine between the Neckar River and Swiss border. Also know as Schwarzwald, Black Forest Germany is the home of the cuckoo clock, the Grimm Brothers’ fairy tales and world-renowned thermal spas.

Bavaria: a state in southeast Germany bordering on Austria and the Czech Republic known for its annual Oktoberfest beer festival, art museums and ornate Nymphenburg Palace

Hands: an indicator on the clock face that point to the numbers 1 to 12 to show what time of day it is

Chalet Clock: the Chalet Clock is popular for depicting themes common in the Black Forest region, such as the Alpine farming lifestyle, a social gathering at a Black Forest house and drinkers at a Bavarian beer garden. The Chalet Clock is often musical in nature and known for its finely carved details, hand-painted figurines and active animations.

Railroad House Clock: the Railroad House Clock is a popular style of vintage reproductions. Also known as Bahnhausleuhr-style clocks, these house-shaped cuckoo clocks date back to 1850 and were inspired by the design of railroad gatekeeper houses.

Shield Clock: the Shield Cuckoo Clock was one of the first styles of cuckoo clocks to emerge from the Black Forest region. Although they date back to 1750, their popularity only began to increase in the early 19th century, and it is now one of the most highly recognized cuckoo clocks among collectors. Shield-style clocks feature a square-shaped clock shield with a semicircle on top. Each one of the wooden shields is hand carved and uniquely hand painted, typically in bright colors, giving it a bold appearance.

Verein die Schwarzwalduhr (VdS): an association formed by a group of cuckoo clock producers, traders and experts, as well as providers, dealers and collectors, who are passionate about preserving the time-tested traditions of Black Forest Germany clock makers. Also known as the Black Forest Clock Association.

Music box: a container enclosing an apparatus that reproduces music mechanically when activated by the clockwork